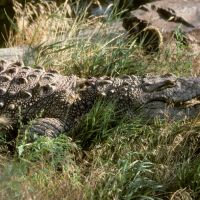 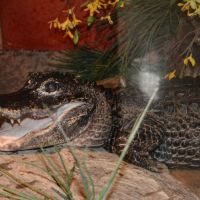 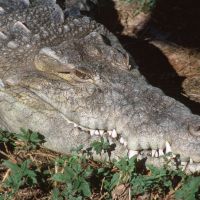 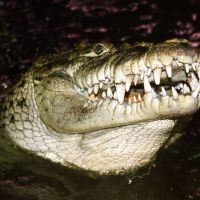 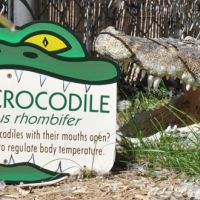 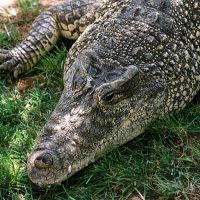 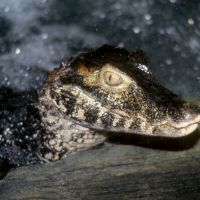 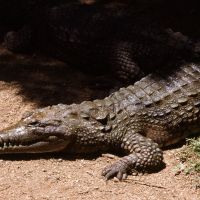 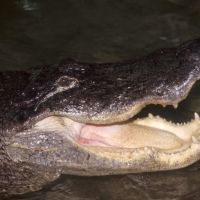 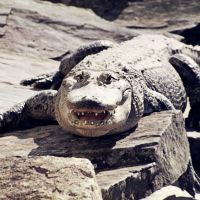 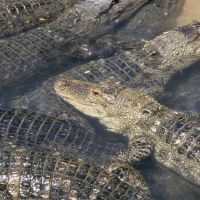 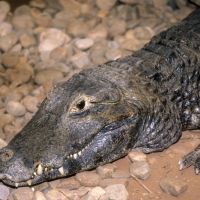 This family of reptiles includes Alligators, Crocodiles, Caimans, and Gharial. Crocodilians are large animals with powerful jaws, heavy elongated tails, short legs, and thick plated skin. They remain in the water much of the time and are capable of opening their mouths while submerged, but cannot swallow underwater without taking in large amounts of water and potentially drowning.  Often misunderstood, these fascinating and mesmerizing animals face serious threats to their habitats as well as being hunted for their skin by humans.

There are just two species of Alligators. One is found in the United States and the other in China.

They have U-shaped heads with blunt snouts and only the upper teeth are visible when their mouth is closed. Alligators' jaws are meant to crush bone. Most of the muscles in an alligator's jaw are intended for biting and gripping prey - the muscles that close the jaws are exceptionally powerful, however the muscles for opening their jaws are relatively weak.

Due to habitat loss, pollution, and overhunting, Chinese Alligators are considered to be critically endangered with few breeding populations left in the wild. American Alligators are still considered threatened, but have recovered nicely over the past 40 years, enough to allow a hunting season in some states.

Crocodiles live throughout the tropics in Africa, Asia, the Americas and Australia.

Crocodiles generally have a V-shaped head with a longer, narrower snout, and eyes placed farther forward on their head. When closed, a crocodile's mouth will reveal both upper and lower teeth, as their fourth tooth sticks out from the lower jaw.

Due to hide hunting, pollution, or loss of habitat, all crocodile species are considered to be threatened or endangered.

Caimans are native to tropical regions of Central and South America.

Caimans closely resemble alligators in appearance but are generally smaller, averaging about four to six feet (1.2 to 1.8m) in length, although one species of Caiman can grow to lengths of more than 15 feet. Their bodies are covered with bony plates and are blackish or brownish with various lighter markings.

Most of the caiman species are endangered. The main reasons for the decline in population are habitat destruction and hunting for their skin and meat, as well as the collection of eggs. Conservation efforts are being made to save several of the most endangered species.

Gharials are one of the largest crocodilian species in the world.  Reaching lengths of nearly 20 feet, they can be found in India, Nepal and Bangladesh.

The Gharial like so many of Asian Crocodilians are critically endangered and near total extinction.  Due to human overpopulation and tremendous pollution of their river systems and flooding of the few remaining nesting areas, this amazing crocodilian needs co-operative, global initiatives to save them.

Dozens of Alligators, Crocodiles and Caiman and one keeper...what could go wrong? Find out what happens next in an action-packed, entertaining show that separates fact from fiction and keeps you in your seat while you witness their amazing speed and power. There's even a chance to pet Fluffy, the baby alligator, and ask questions after the show.  After seeing this spectacular wild animal show, you and your family will definitely gain a new appreciation for our cold-blooded friends.

They have long slender snouts and thin, needle sharp teeth designed for feeding on fish. Males have an enlarged ornament on the end of the snout called a pot. 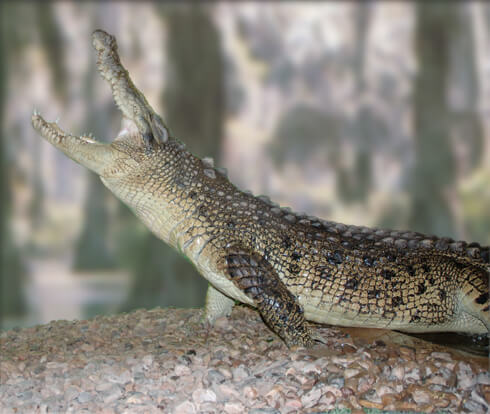 Visit for Hours and Location