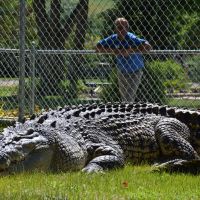 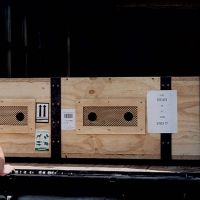 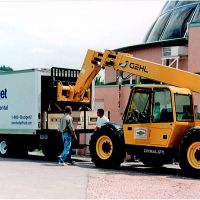 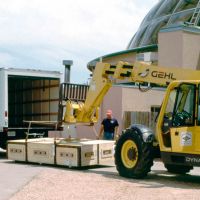 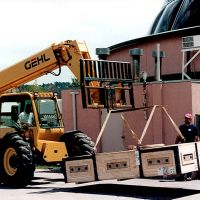 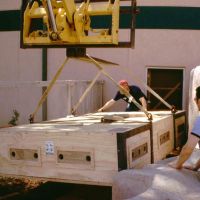 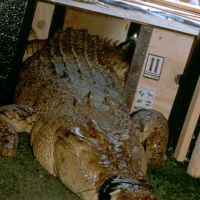 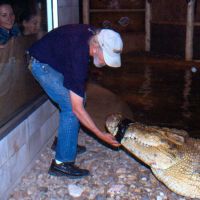 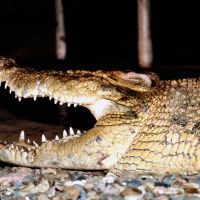 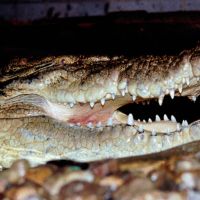 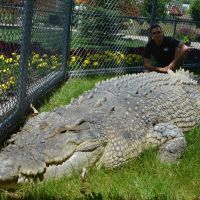 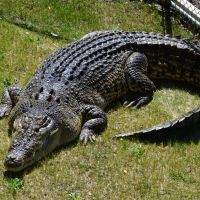 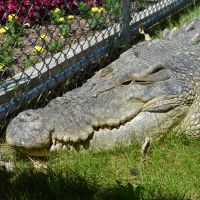 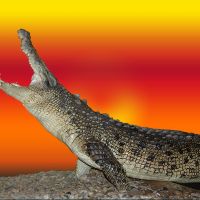 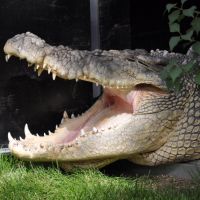 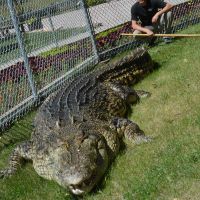 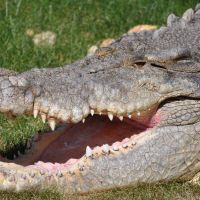 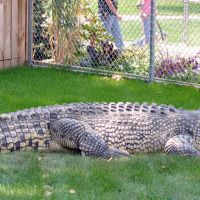 Maniac is a male saltwater crocodile (Crocodylus porosus). He is from Australia and was born in captivity in 1970. We felt it important to get a young crocodile that had been born in captivity - big crocs tend to get very stressed when transported.  So, finding one that was already used to intrusions by humans makes a much better traveler.

Maniac is 16 feet 2 inches long, no fudging, no exaggerating - according to our friend George Craig of Australia, they have the potential to get up to 22 feet long and to live to be around 100! Maniac currently weighs roughly 1,350 pounds (based on his documented weight upon arrival and his gain since we have had him - let's face it, we don't have a scale big enough for him, nor do we have anyone big enough to put him on it if we did!)

We are very proud of our giant croc; he is a truly spectacular sight to see. In fact, it has been suggested we change his name to "OH MY GOSH!" as that is the first thing most people say upon seeing him for the first time. Maniac is in perfect condition with a huge head, lots of big sharp teeth, and strikingly beautiful coloration with large scutes (large armored scales) across his back.

A giant croc like Maniac is truly a magnificent sight to see.  Be sure to come visit him while you’re at Reptile Gardens.

How did we get Maniac?

We had been searching for some years to find a giant crocodile to replace Killer, our huge Nile crocodile who had been captured in 1956 on an African expedition. Luckily, in 2004 while working with a consortium of Australian zoological parks, we were offered a large crocodile that was then living at an attraction in Sydney called Wonderland Sydney. The park was due to close permanently, and they were looking for a good home for their big croc, Maniac.

The critical task of deciding if Maniac would suit our needs and, subsequently, handling the capture and crating of this amazing creature was the job of our Head Curator, Ken Earnest (one of the world's foremost authorities on crocodilians, and reptiles in general), and he quickly made plans to go to Australia and handle this delicate process.

Building a crate the size of a small bedroom, filling it with a crocodile from Sydney, Australia, and bringing it to the heart of the Great Plains of America was no small feat. Maniac flew from Sydney to Los Angeles and from there to Denver, Colorado. No airplanes large enough to accommodate such a large crate in their cargo hold fly in to Rapid City, South Dakota, so we rented a truck and drove Maniac the final 400 miles.

Once here, it took the help and skill of our friends at SECO Construction with their extra-large fork lift to get the massive 1+ton crate and crocodile out of the truck and lifted into position for the release - 39 hours after he was captured and crated, Maniac strolled out into his beautiful new enclosure at Reptile Gardens.

SPECIAL NOTE: There has been so much written in books and magazines and stated on animal programs on TV about gigantic crocs. Many of the “facts” in these stories are often inaccurate and distorted, exaggerated, or pure fabrication.