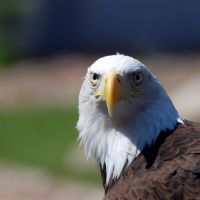 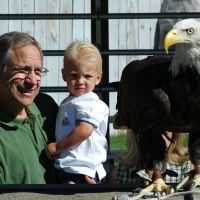 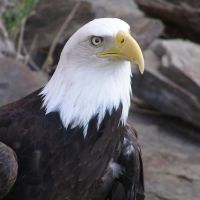 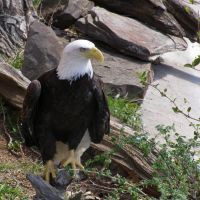 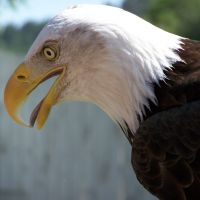 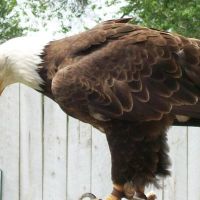 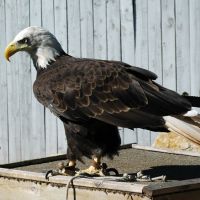 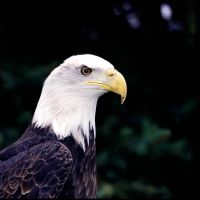 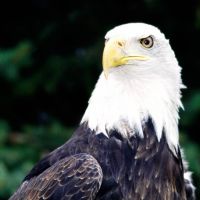 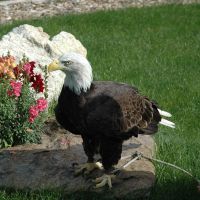 This majestic bird is unique to North America. With the exception of Hawaii, bald eagles are found in every state in the U.S. and Canada. They became the national symbol in 1782, and have been a spiritual symbol for native people since long before that.

Cheyenne became an avian ambassador at Reptile Gardens in 2001, with the permission of the US Fish & Wildlife Service. She was found in the wild near Grand Island, Nebraska with a severely broken wing. She was rushed to a veterinarian specializing in raptor care. After several surgeries, part of the wing had to be amputated. As a result she is permanently flightless.  At the Gardens, she lives in comfort, and the experience of seeing her up close inspires many guests to appreciate her wild kin.

The head: Keen observers will note that bald eagles aren’t bald at all. Their common name comes from the Old English “balde” meaning “white.” Their scientific name translates to “white-headed sea eagle.”

The face: The face of an eagle looks regal and – let’s be honest – kind of angry! This is due to a bone that juts out over the eye, called the supraorbital ridge. It might give them a stern appearance, but it can help shade the eye when the sun is bright so they can see better to hunt.

The feet: If you could get a good look at the bottom of a bald eagle’s foot, it would seem very rough. The skin is covered in tiny projection called spicules, very handy for grabbing slippery fish, their preferred prey. They’re not always picky, though. Bald eagles are notorious scavengers and are often seen dining on carcasses.

Bald Eagles would be gone forever if it weren’t for people who cared passionately about the environment. In the mid-to-late 1900s, eagles were already rare due to habitat loss, shooting, and trapping, when the widespread use of the pesticide DDT started causing reproductive problems. Extinction seemed imminent as the number of breeding pairs got dangerously low. 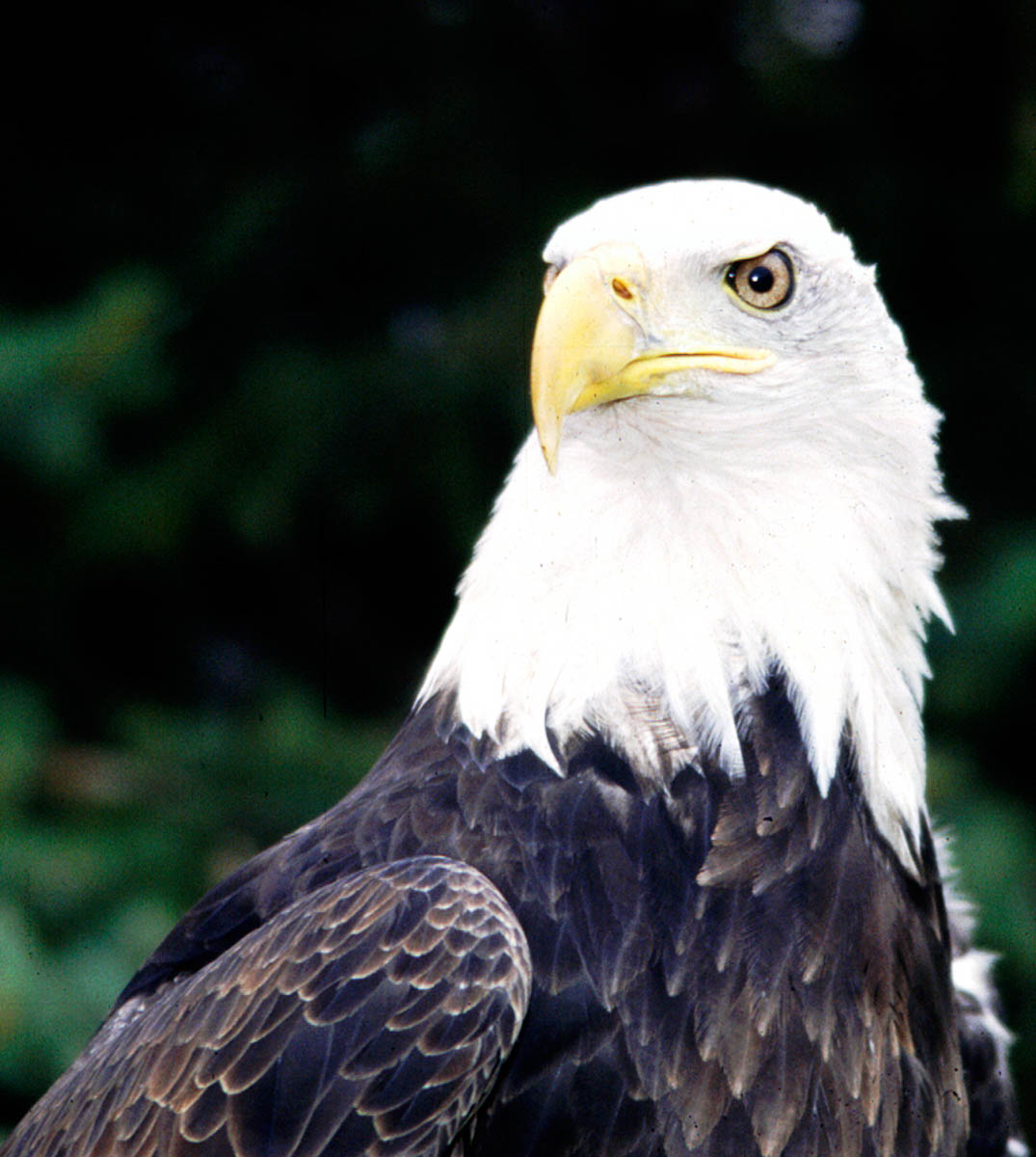 Thanks to the actions of concerned citizens, DDT use was drastically restricted in 1972, the Endangered Species Act was passed in 1973, and recovery programs began in earnest. Bald Eagles made such a tremendous comeback that in June of 2007, they were removed completely from the endangered species list at the federal level.

Both North American and the Bald eagles are still protected by the Migratory Bird Treaty Act and the Bald and Golden Eagle Protection Act. Reptile Gardens is permitted through the US Fish & Wildlife Service in order to care for Cheyenne.

Be sure to visit Cheyenne at her habitat on your next visit to Reptile Gardens.

Reptile Gardens is an experience you don’t want to miss! Just six miles south of Rapid City in the beautiful Black Hills, look for the giant glass dome at the bottom of Highway 16.