Venomous snakes are reptiles that produces a toxin in a specialized gland and possesses a specific venom delivery system, which is typically injected through fangs upon biting prey.

Many of the world's venomous snakes have venom that is straightforward and “easy” to treat effectively with the proper antivenoms - Mamba bites, for example. Other species may cause a clinical explosion of problems, which means that antivenoms are not very effective - some rattlesnake bites are this way.

Most Deadly vs. Most Dangerous

It is important to keep in mind when discussing venomous snakes that the "most deadly" snake and the "most dangerous" snake are two entirely different concepts.  However, these two concepts are often mistakenly used interchangeably.

Some of the snakes with the most toxic venom – in other words, more deadly - rarely bite people. For instance, the deadliest sea snakes are generally quite docile. The Inland Taipan, the snake with the deadliest venom, has never killed anyone on record. On the other hand, the snakes that kill the most people (most dangerous) have “mild” venoms compared to other venomous snakes.

The Cottonmouth and Copperhead

Many people believe the Cottonmouth and the Copperhead to be very deadly. Legends aside, they are not very deadly at all. The maximum amount of venom a Cottonmouth can deliver is just barely enough to kill a single person.

The Copperhead is less deadly still; even if untreated, a Copperhead bite causes death in considerably less than 1% of bites. 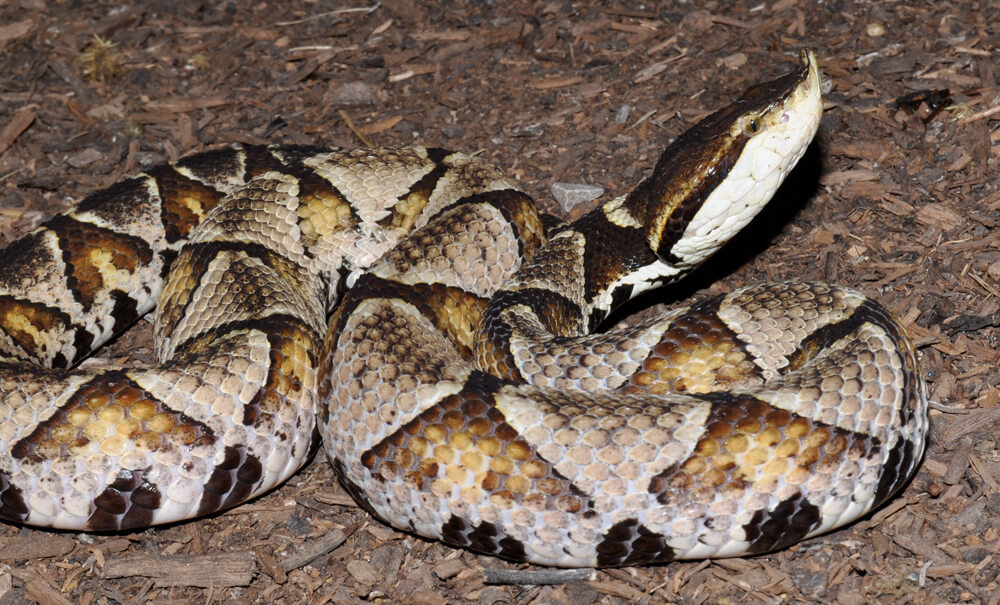 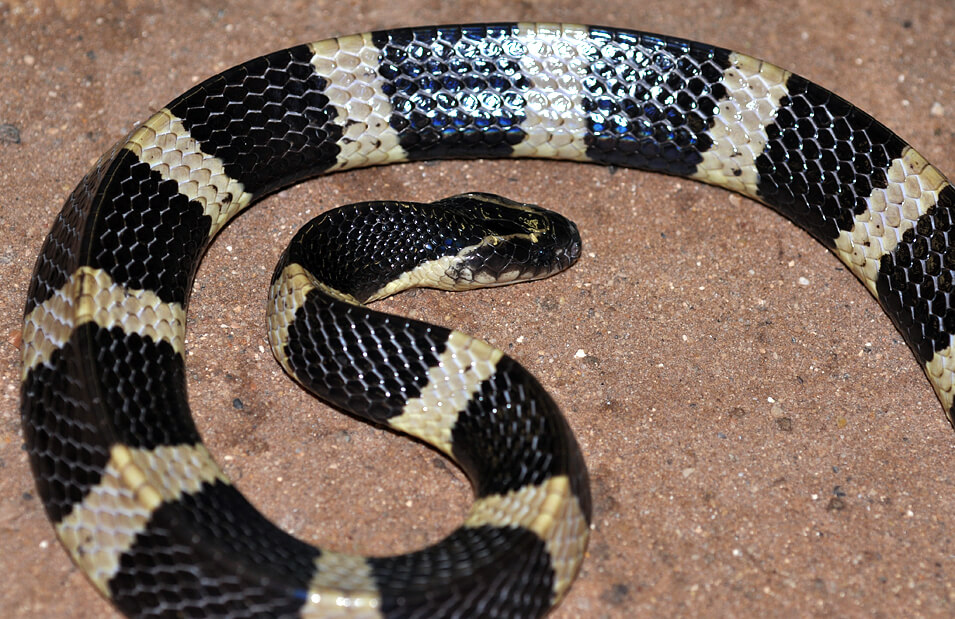 Travelers and servicemen who have been to Southeast Asia frequently ask us about the "100 pace snakes" (or 2 pacers, or 50 pacers or 1000 pacers, etc.).

To be fair, the Snorkel-nosed Viper (Deinagkistrodon acutus) has caused some deaths and is occasionally referred to by these terms as well. Kraits are also given this name in other parts of the world and, although they are indeed deadly, they do not kill within any small number of paces.

Visit our Sky Dome and head on up to the mezzanine level, where you’ll see some of the most venomous snakes on Earth.  Want to learn more about these fascinating creatures?  Be sure to catch one of our Snake Shows where you and your family have an opportunity to have an up-close-and-personal experience with Reptile Gardens' snake ambassadors.