Arthropods are invertebrate animals with an exoskeleton, segmented body, and jointed appendages. Commonly referred to as bugs, Reptile Gardens displays a large collection of arthropods, including:

Chelicerates:  includes spiders, mites, and scorpions. Chelicerae are appendages near the mouth – such as the claws on a scorpion or fangs on a spider.

Myriapods:  includes millipedes, centipedes. They have many body sections, with at least one pair of legs per section.

Hexapods:  includes all insects, such as cockroaches, bees, crickets, and ants. All hexapods have three pairs of legs.

While many guests tend to shut their eyes and hurry past the bugs at Reptile Gardens, these tiny creatures are incredibly interesting. Slow down to get a closer look at some unique – and some dangerous – animals.

Found in nearly every habitat, including on the ground, trees, rocks, or sand, scorpions have eight legs, a pair of claws, a segmented tail, and a deadly reputation.  Of the 1,400 species identified, only about 25 have venom strong enough to kill a human, like the Bark Scorpion.  Stings from the Bark Scorpion can be deadly to humans, but usually are not. Although they use their venom to kill or stun their prey, most scorpions feed on small insects.  The Emperor Scorpion, for example, prefers to feed on termites, crickets, and mealworms.

Spiders have four pairs of legs, four pairs of eyes and, unlike other arthropods, a segmented body fused into two sections. Spinnerets on the spider’s abdomen emit silk, which is used to spin webs to catch prey. Spiders also use their silk as protection for their eggs, to build nests, and sometimes as a safety rope.

There are more than 40,000 known species of spiders in the world. While all spiders have fangs that inject venom, only some are harmful to humans, including the lethal Black Widow Spider.

Some of the largest spiders, tarantulas, also have a fearsome reputation. However, most tarantulas are not lethal to humans. While some tarantulas bite as defense mechanism, others can use the hair covering their abdomens for defense. For example, the Mexican Red-Kneed Tarantula can ward off predators by shooting special barbed hairs, called urticating hairs, at attackers.

Cockroaches have wide, flat bodies and small heads, with long antennae. Often thought of as pests by humans, cockroaches are some of the hardiest insects in the world. They may give off a foul odor after feeding, and some, like the Madagascar Hissing Cockroach, make a loud hissing noise by pushing air through the breathing pores on their bodies.

Want to see our collection of creepy crawlies and BIG BUGS?  Check out the lower level of the Sky Dome to see all of our amphibians, spiders, scorpions, cockroaches, and of course Maniac, the giant crocodile. 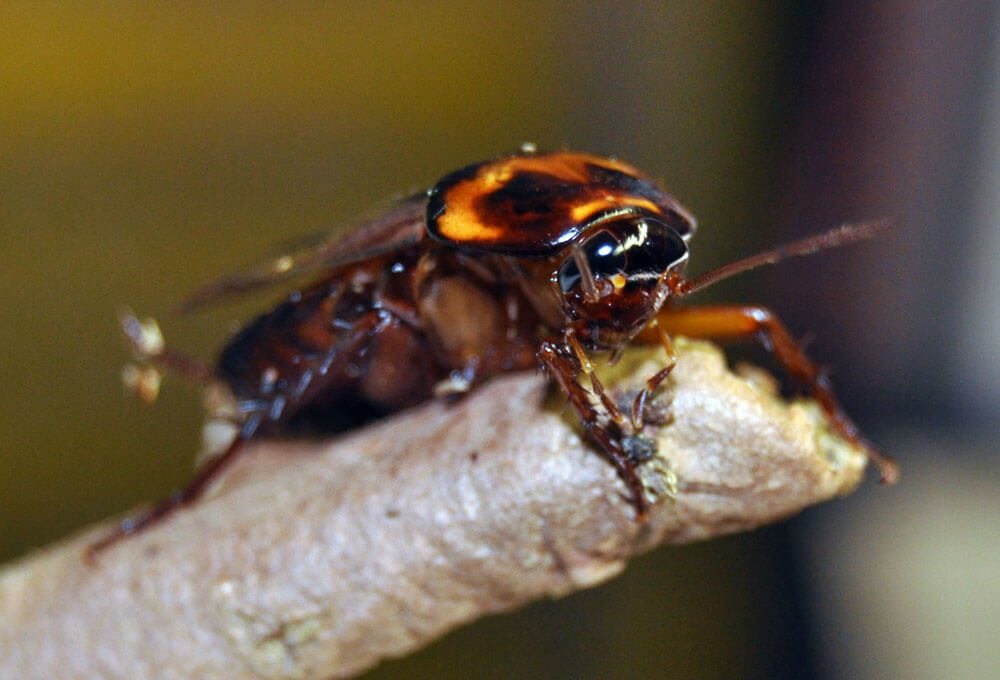